“No WIFI - Talk to each other" is written on a sticker on a lantern at St. Johanner Markt in Saarbrücken . The square is the city’s meeting place where you can get a good first impression of the Saarland’s capital, while enjoying a cup of coffee and croissants. In addition to traditional restaurants such as “La Bastille”, “Zum Stiefel” or “Tante Maja”, there are some quirky food shops around the market such as “Kalinski's Wurstwirtschaft” (all about sausage) or “Henry's Eismanufaktur” (all about ice cream) where young entrepreneurs serve bold creations made from regional products. An ideal starting point for getting to know the city on the Saar better.

Only a few minutes from the old town, right on the banks of the Saar river, you‘ll find the Saarlandmuseum’s Moderne Galerie (modern gallery), which is one of the leading museums in south-west Germany thanks to its large collection of important works of art from expressionism to the present day, including highlights such as Oskar Schlemmer's "Blaue Frauengruppe", Franz Marc's "Blaues Pferdchen" and many more. Stadtgalerie Saarbrücken is a stand-out venue for contemporary art where unique and experimental exhibitions are regularly shown in a baroque building. For some outdoor art, keep your eyes open when wondering around the city and discover large murals on house facades. As part of the “Colors of Pop” festival, internationally renowned artists designed thirteen of these impressive pieces of art in 2017, which have since been a colourful feature of Saarbrücken’s Urban ArtWalk.

Ludwigskirche, one of Germany's most beautiful Protestant Baroque churches, is located on Ludwigsplatz. Together with the surrounding palaces and civil servants' houses, it forms a unique baroque ensemble that was completed in 1775. Rebuilt true to the original after its destruction in the Second World War, the city's landmark now shines in new splendour.

The Saar Historical Museum has found a home in Saarbrücken Castle, befitting its status. It presents the eventful history of the Saarland in an exciting journey through time from the Middle Ages to the early modern period and the 20th century. A highlight of the museum is the fortifications of Saarbrücken Castle, which lie 14 metres below the castle square and can be visited underground. Changing special exhibitions also cover a wide range of cultural and historical topics.

Saarbrücken's other advantages include its proximity to nature. Forests, streams, meadows and numerous parks make for a wonderfully green cityscape. 73 public parks with a total area of around 120 hectares, 22 hectares of green city, festival and village squares, around 14 kilometres of avenues and around 150 public playgrounds and football pitches are spread throughout the city. The city forest, the "green oasis" of the state capital, is never more than a 20-minute walk away. On the outskirts of the city is the Bürgerpark Hafeninsel, the only larger park in Germany that is typically postmodern in its design. Other parks include the Schlossgarten, the Ludwigspark and the Deutsch-Französischer Garten. 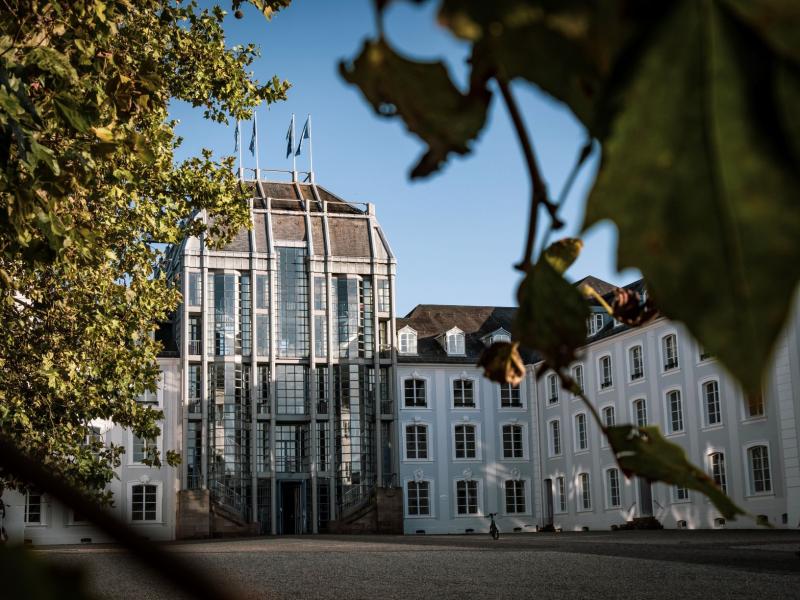 Saarbrücken is a great place for shopping. Near the city’s train station, the Europa-Galerie, a former office building, is a light-flooded shopping mall retaining many historical details. For more shopping delights, try Mainzer Straße for fashion boutiques and antiques shop. If you’re after culinary treats, head to the Nauwieser neighbourhood, for shops such as “Saar-Lor-deLuxe” or the “Fruchteria” selling regional products.

For brands, smart accessories, books, unusual presents and a bit of baroque flair, try St. Johanner Markt square with its surrounding alleys and courtyards. Cosy cafés, quaint pubs and restaurants, which betray the proximity to France, are perfect for when after all the shopping is done. 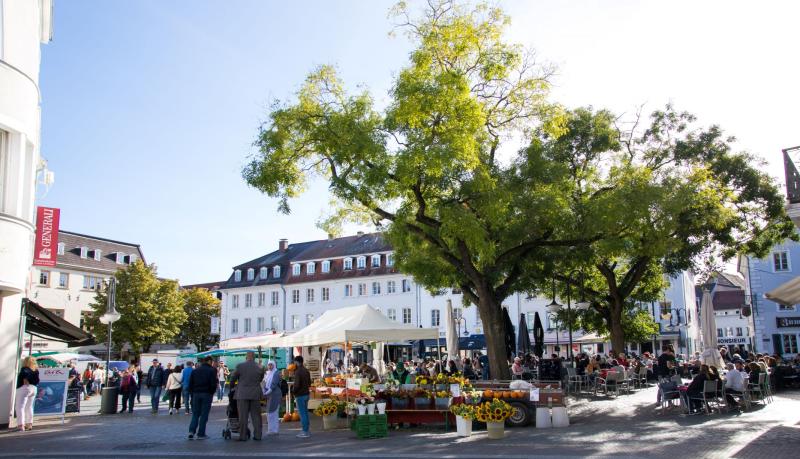 The Nauwieser neighbourhood is also popular for going out and known for its art and music scene, with many pubs, bars and cafés guaranteeing a good time. The backyards of the neighbourhood's restaurants are also perfect for relaxing evenings, such as in the restaurant “Café Kostbar” restaurant, or while enjoying some live music in a club.

Relax at St. Johanner Markt with its boutiques, pubs, bistros and restaurants. From here you can also explore Fröschengasse, an alley featuring former craftspeople and workers' houses which were once part of the old city wall. The narrow street has been restored mainly in baroque style. Restaurants with idyllic courtyards await you here. Alternatively, you can find your perfect picnic spot along the "Am Staden" promenade on the banks of the river or enjoy a cool drink in the "Ulanen Pavillon" beer garden while the kids are having a good time on the large playground. 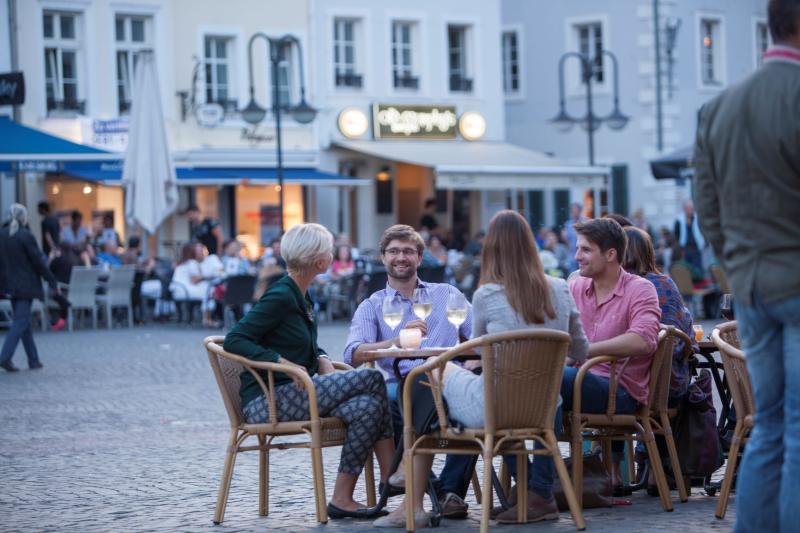 Special Highlight: a jungle outside town

Just outside the city, Saarbrücken offers a special “jungle experience” with a forest that has been left to its own devices for nature to roam free. Think fallen trees, washed out paths, trunks covered in moss, colourful mushrooms, flowers and bizarre lichens overgrowing any signs of civilisation. A real timeout from everyday life and lots of fun and adventure!

The jungle has something to offer for everyone, including a wide range of themed hiking trails aimed at different ages and interests, such as a fairy tale walk, one where you’ll encounter bats, walks with dogs and much more. 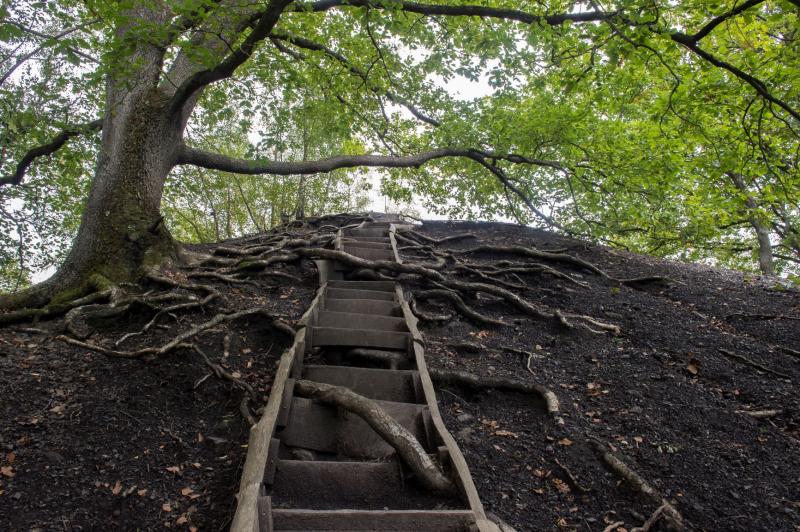