The city of Saarbrücken has many faces. World War II and the architecture of the 1950ies and 1960ies have left their mark. What you will find now, is a bit of a demure beauty, full of rough edges and with lots of heart and character. 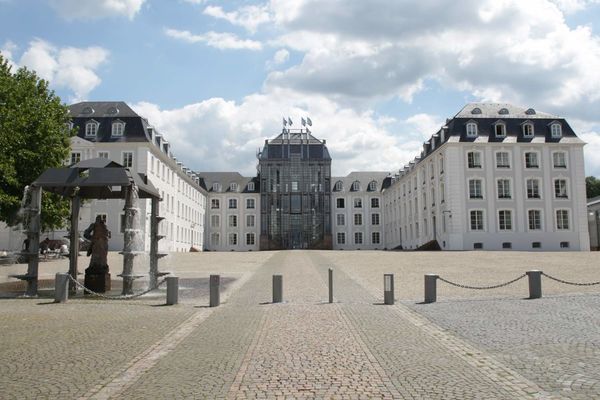 The Saar runs right through Saarbrücken. On the right and left bank, you will find quarters with very different atmospheres. In the 18th century, Friedrich-Joachim Stengel, architect of the Counts Nassau-Saarbrücken, gave the city, whose structure dates back to the Middle Ages, its Baroque face. Today, visitors can still see how this style characterises Saarbrücken.

The historic part of Saarbrücken has always been the government district. The counts and princes of Nassau-Saarbrücken once resided around the castle and Ludwig’s Church. Nowadays, all the ministeries and the parliamant of the Federal State Saarland are located here. On the southern periphery, right behind the German-French Garden, Saarbrücken borders with France.

This part of Saarbrücken is full of shops but also art and culture have their place here. Everything revolves around the St Johann market square with its small shops, restaurants, cafés and bars. Right behind, you can stroll along the pedestrianised shopping mile up to the “Europabahnhof“ main station in the north. Towards the east, the “Nauwieser Viertel“ is a colourful multicultural quarter, waiting to be explored by you.

Up the river Saar

Moving along and up the Saar, former ironworks and mining areas such as Malstatt and Burbach have been transformed into locations for high-tech industries. Between Burbach and Völklingen you can still see fuming chimneys as part of the modern steel industry that can be found here.
However, after only another mile or so you will have left the city behind you and be surrounded by nature. Time for a walk in the “St. Arnualer Stiftswald“ forest or so-called “Saarbrücken Jungle“.

Things to see in Saarbrücken

The Baroque architect Friedrich-Joachim Stengel built this square for the wealthy citizens as something of the city’s “front parlour“.
Nowadays, the local market is on here on Mondays, Wednesdays, Fridays and Saturdays. Don’t miss this particularly lively display of city life and enjoy a drink in the many bars and pubs surrounding the square.

Stroll over this historical square that forms a unique Baroque ensemble together with the surrounding Palais and former civil cervants‘ houses.

The bright pavilions of the modern art gallery on the Saar embankment house works by Franz Marc, Pablo Picasso or Claude Monet plus temporary exhibitions of international artists.

Did you know, for excample, that Saarbrücken was once on the verge of becoming Europe’s capital? If you want to know more, head for the Historical Museum Saar to learn about the Saarlands history of the early modern era to the 20th century.
In addition, a bit of a sense of adventure can be had while visiting the underground casemates of the old Castle.

Trips in the surrounding area

This forest has been left in its natural state for ten years. Explore it on your own and find your way through the tangled understorey on small tracks or join a guided tour.
Once you have found your way back (hopefully) using the special jungle hiking map provided, you can refresh yourself in the “Forsthaus Neuhaus“ lodge featuring a large beer garden and delicious meals.

This place will leave an impression on you, we can promise that much. The former ironworks in Völklingen is a gigantic industrial heritage site and theme park for iron, steel and industrial culture. Climb up to the 40 metres-high viewing-platform of the blast furnace and take in the bizarre skyline of the former ironworks. Or visit the ScienceCenter Ferrodrom to learn more about the history of coal and steel in the region.

Near the French border, the ”La Mine“ mining museum in Wendel presents the history of coal mining and shows the everyday life of the miners.

World culture in combination with culinary delights
Would you believe it – within a radius of 62.5 miles (100) km of Saarbrücken, you could visit eight UNESCO World Heritage Sites, the Völklingen ironworks, Porta Nigra in Trier, the Imperial Cathedral in Speyer, Vauban Fortress in Luxemburg and Longwy, the Baroque Place Stanislas in Nancy plus the Gothic Minster and Old Town in Strasbourg. And if this wasn’t enough, within the same radius you could also eat in 16 Michelin star awarded restaurants. So, get here soon. There is plenty to do ... 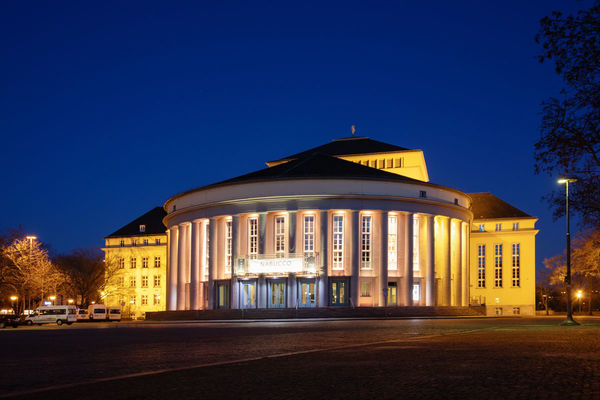 Saarland’s State Theatre covers the whole cultural range, with opera, ballet and theatre productions in classical as well as modern interpretations. It is one of the region’s leading cultural institutions and known for high-quality performances in all types of performing arts. 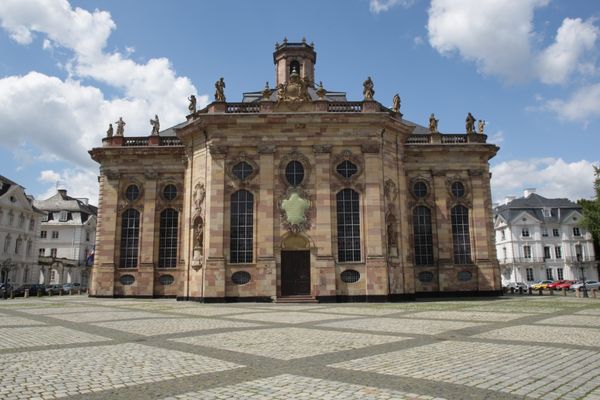 The Ludwig’s Church is Saarbrücken’s landmark. Alongside the Church of Our Lady in Dresden and the “Michel“ in Hamburg, is is one of Germany’s most important Protestant Baroque churches.